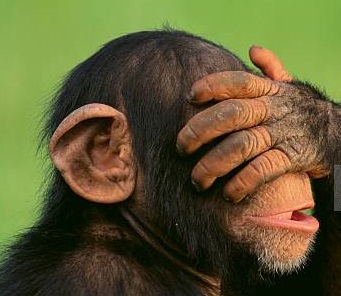 As a literary theory, psychoanalysis offers itself as a veritable tool for investigating the minds of writers. Freud has offered that creative writing is a way by which writers indulge their repressed wishes. M.A.R Habib says that in Freud’s “Creative Writers and Day-Dreaming”, Freud views “works of art as imaginary satisfactions of unconscious wishes, just as dreams were”. Like dream, therefore, we can access the authors’ unconscious mind through his/her literary works. Freud believes that a dream is an escape-hatch or safety-valve through which repressed desires, fears, or memories seek an outlet into the conscious mind. In other to discover the presence of certain unconscious wishes in writers’ literary works, psychoanalytic critics employ Freud’s technique of dream analysis, among others.

Hyginus Ekwuazi through the poetry collection The Monkey’s Eyes expresses his experiences during a period of hospitalization. In the collection, he bares his mind concerning a number of personal issues as well as his concern for the decadent nature of almost every sector of his nation. In Jungian psychoanalytical parlance, the collection is a psychological journey into and out of the poet’s unconscious mind. In other words The Monkey’s Eyes depicts the archetypal quest motif in which the poet persona searches for an ideal world. Just as Freud has posited, Ekwuazi’s collection is a way of making the poet’s past experiences, hitherto hidden in the unconscious mind, accessible to the conscious mind. Ekwuazi therefore writes out of his neurosis with the result that his work provides therapeutic insight into the nature of life and affairs of his nation, not only for himself but also for his readers. The persona’s journey to the hospital ward is a psychological as well as a physical one, as he moves from the plane of consciousness to that of the unconscious.

So, from the poem “My silent vow now a covenant prayer”, we see the poet going “through this gate…”, symbolic of his entrance into the unconscious. He leaves the plane of consciousness and the normalcy of his home into the chaotic world of his unconscious mind, symbolized by the hospital ward. Having thus achieved this severance from consciousness, the poet begins to expose the anomalies of the health sector of his nation, describing the sector as a “failed and ailing health-care delivery system”.

But at the beginning of this psychological journey, the poet-persona foreshadows his survival from “The general ward -/ depressing … forlorn … abandoned”. In the poem “One fine tomorrow, I’ll rise and take up my bed”, we notice that the poet is not on this psychological journey alone but with a companion. At some point his companion seems to be himself, that is, the inner self of the poet, a part of the self which Carl Jung describes as “the anima”. But at other times, this companion appears to be the persona’s wife. In many instances where the poet converses with or refers to this companion, we shall be free to conceive of this companion as the persona’s inner self or his wife or both. So, in this poem, the persona optimistically assures his companion thus:

no way is this hospital going to line your face

with grief and regret and pity

no way is any straight line going to be drawn from

this hospital bed to any grey hairs on your temple… (20)

The Monkey’s Eyes quite earns the description of a dirge.  It is a lamentation of the failures in many sectors of the poet’s nation. The outcome of the poet’s experiences prompts him to come up with his own definitions for hospitals in his homeland. He is thus convinced that “the hospital is where the heaviest traffic is in hope and despair/ … there where illnesses of every make is put on the shelf….” The description of the state of things in the hospital is gloomy, so much so that “the lifts are dead and not a thing here/ seems to have been planned for efficacy and ease” (26). The hospital then becomes for him a symbolic code for fear, hunger, danger, and isolation (28). The poet creates horrifying images of casualties of the inefficient health system of his nation. The situation is so bizarre to the point that “the old, over flogged, generator went into a fit/ of asthmatic coughing” when the umbilical cord of a baby is about to be tied in the maternity ward (93). This is evident of how human lives, even that of a newly born baby, are jeopardised in a health system that lacks the necessary functional amenities it deserves.

In keeping with the nature of the psychoanalytic journey into his unconscious mind, the poet persona, in “You’ll, again, occupy the place of my dream”, uses the wing of an eagle as a metaphor for describing his wandering thoughts/mind. Although he is confined to his hospital bed, yet the wings of his mind travel. Many of the poems in this collection reflect the poet’s philosophical questions about certain phenomena in life. For instance, in the poem “…blank spaces in family portraits”, the poet questions the usual trend of wives surviving their husbands. Still in his philosophical realm, the poet, in investigating the significance of birth-cry and life, satirizes hospitals where he finds “over-worked incubators starved of electricity” (43). He satirically wishes for “a country that puts adequate provisions and legislations/ and structures in place for the aged and the sick” (44).

At some points in his psychological journey, the poet’s cynicism and pessimism about his chances of survival in a decadent and failed health/medical system rise in crescendo. In the poem “In vain I strive not to foresee a future in which I’m not included”, this pessimism is expressed with the use of vivid symbols which herald gloom. These symbols include the prowling black cats, darkness, night, the owl, the dog, moonless night etc.

In this same poem, the poet exposes criminal practices in morgues, as he advises his wife to shun “the morgues where rats feast on corpses and/ attendants warehouse human parts for the sale to ritualists” (50). Here, we see the use of archetypes such as “the sun and the moon” (51), indicating the passage of time as well as pointers to the end of the persona’s life. In the poem “These varied chords of goodwill”, the poet considers one of the goodwill cards sent to him as portending death. He says each time he reads the words on the card: “We miss you”, he sees “a wreath on the grave/ and sadness lodges in my throat like a trapped cough…” (56). Furthermore, in the poem “Can’t you suffer them, my visitors, to come?” the fears of the poet is revealed as he questions thus: “why do I have a feeling that this is a rehearsal for/ the signing of the condolence register?” (58). He considers the restriction of visitors to his ward an isolation and an infinite boredom which serves as prelude to his death.

The poet’s wife who creates hope for him becomes the archetypal female figure in Jungian psychoanalysis. She is the archetypal female figure who inspires the soul of the man to forge ahead in his quest for an ideal world. No wonder in the poem “I’ll begin to heal and heal all over…” the poet is grieved that his hospitalization has caused this inspiring wife of his “multiple anxieties/ and mutating responsibilities” (66). But he is hopeful that he’ll begin to heal once his wife retrieves her robust humour which his hospitalization has smashed to the walls of the ward. Affirming his hope and optimism to survive despite the inherent negativities, the poet declares, in the poem “No … not for me will any vulture wait”, that he will not be a candidate for any of the waiting mortuary ambulances.

Medical practitioners also bear the brunt of the poet’s tirade in his journey through a chaotic and depleted medical system. In the poem “I don’t want to attain immortality by having a disease named after me”, he paints a picture of doctors conducting a number of tests but hardly proffering solutions to his medical problem. Moreover, in the poem “These varied chords of goodwill”, he distrusts nurses because “they are paid to take care of / only the sick: they have to keep you sick … if they/ must remain in business” (55). The hypocrisy and nonchalance of medical doctors is satirized in the poem “The Hippocratic oath is too long to be worn as a badge” in which the poet accuses medical practitioners of deviating from the ethics of their profession, citing the case of poor Rita who dies due to prolonged pain because doctors would not administer medical treatment on her if a mandatory deposit fee is not paid.

Public servants and political leaders are not speared the poet’s hammer. Through his psychological journey, the poet chronicles the manner in which corruption, maladministration, and economic ineptitude have deprived innocent citizens of his nation the right to enjoy certain essential public amenities, especially amenities expected to be available in the health delivery system. In “I counted those beads tonight”, the poet criticises a politician who gives a “speech long on/ false statistics of achievements” (75). Instead of this politician to engage the public in innovative policies of social advancement, he resorts to making speeches in which he holds party opponents guilty of everything:

guilty of the party’s inability to redeem

guilty of depleting the national economy

This criticism is furthered in the poem “…and the darkness persists”, where we see a chairman of a hospital board who steals the hospital’s “1000KV power generator/as his own share of the national cake” (111).  This exposes the callousness of corrupt public service holders. Expressing his displeasure over this laughable trend, the poet also lampoons the senseless and insincere strategies adopted by leaders in their bid to combat societal ills. He presents the system as unable to carry out or sponsor cutting edge medical researches that will stem the piling of “broken spinal chords/ broken limbs/ broken skulls &/ broken collar bones…” into the medical wards. Fed up with the insincerity and hypocrisy of the leaders of his nation, the poet proclaims thus:

everything here is window dressing:

From the poem “I’ll walk right back into the spread out thighs of the green hills of home”, the poet begins to give indications that his psychological journey is gradually coming to an end. Here he begins to long for his home, as he “would give anything to swap the somber/ monotony of these wards for the sunny monotony of home” (89). In the last poem, “I thought I was the sole witness to my homecoming!” the poet comes to the end of his psychological journey. He gets back to consciousness, arriving home “where the tired spirit rides the tired feet to find rest” (133). In sum, Hyginus Ekwuazi’s The Monkey’s Eyes is a psychological journey which reveals the sufferings of the ruled in the poet’s nation. These sufferings are caused by corruption, maladministration, hypocrisy, ineptitude etc. on the part of leaders in all sectors. But of particular importance to the poet in this collection is the decay in the health sector. It is the poet’s wish that his psychological journey would provide insight to leaders of his nation on the dire need make amends in order to salvage the downward trend of the health delivery system, and indeed, all other aspects of the nation’s  economic life. 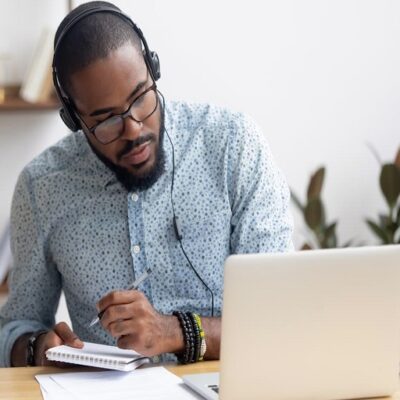 How to Learn Anything Fast and Remember it 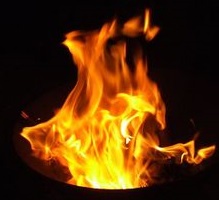 CONCEPT OF HEAT AND TEMPERATURE 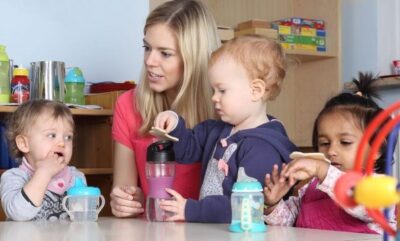 October 19, 2021
There are no comments yet No comments