Answer two questions in all; one question from each section. Develop not fewer than five points in your answers.

Instruction: Answer one question only from this section.

3. How is Massa buried in the novel?

4. How does the expulsion of the ‘aliens’ from Nigeria affect Nii?

Instruction: Answer one question from this section.

5. Examine the narrator’s experience with Kimbro in the novel.

6. How does Ras represent the whiteman’s perceptions and treatment of blacks?

7. Examine the significance of Lockwood’s second visit to Wuthering Heights

8. What is the relationship between Cathy and Hareton in the novel?

General Instruction: Answer four questions in all: one question from each section. Develop not fewer than five points in your answers.

WOLE, SOYINKA: The Lion and Jewel

3. How is the contest between tradition and modernity presented in the play?

4. Discuss the significance of the use of play-within-a technique.

JOHN, OSBORNE: Look Back in Anger

5. Consider Jimmy’s views about the Victorian society of his time.

6. Comment on Alison’s reactions to Jimmy’s attacks on her family.

7. How does Troy’s upbringing influence his relationship with his children?

8. To what extent does Gabriel provide comic relief in the play?

Answer one question only from this section

9. How effective is the use of contrast in The Song of the Women of my Land?

10. Examine The leader and Led as a Criticism of leadership in Africa.

11. Consider the mood of the persona in The Good Morrow.

12. Discuss the theme of regret in The Journey of the Magi.

Answer all the questions in this section.

Read the extract below and answer questions 9 to 11

A little learning is a dangerous thing:

Drink deep, or taste not the Pierian Spring

The shallow droghts intoxicate the brain

And drinking largely sobers us again.

Poetry gets bored of being alone

It wants to go outdoors to chew the winds.

Read the passage below and answer questions 21 to 25.

Marooned, Akpatse felt imprisoned. It was fifteen days since the storm. The flood waters were not receding; neither did Akpatse see any sign of help coming. Akpatse could not swim the expanse of flood waters. He meditated: When one looks upon the mountain for help and help comes from the Lord … where does the Lord sit – in the cloud or on the mountain, or in the valley?

Well, Akpatse looked for salvation in the distance, far across the ocean of flood – the intimidating expanse of his great gaoler – up to where the sky and the lips of the flood waters met in a mocking kiss. He had forgotten the feeling of hunger but knew he did not have any energy. What a foolish thing to think! He had not had any food for days, True. But hunger never said hello from the hollow of his ‘person-tree’ as they say in his language. Akpatse saw no help coming.

Read the poem below and answer questions 26 to 30.

Your lies are the withering strokes still, they come from the inner recesses of your dungeoned heart. And though venomous that the venom, they inspire our once dociled minds to disorders even as your angels of death pass us by with messages of hopeless hope.

Did you read our mind in your lies? We know the seat of power in a castle of your evil heart; where your lies are imprisoned to be released again and again; they are never in rain! But they have soothed us calmly, your lies; the war is not of you anymore, it is of the angels who pass us by with messages of peace

Read the extract below and answer questions 31 to 35

Stir up the Athenian youth to merriment ;

Awake the pert and nimble spirit of mirth;

Turn melancholy forth to funerals:

The pale companion is not for our pomp.

Hippolyta, I wooed thee with my sword,

But I will wed thee in another key,

With pomp, with triumph, and with revelling.

Read the extract below and answer questions 36 to 40

Speaker X: Thou runaway, thou coward, art thou fled? Speak! In some bush? Where dost thou hide thy head?

Speaker Y: Thou coward, art thou bragging to the stars, Telling the bushes that thou look’st for wars, And wilt not come? Come, recreant, come, thou child; I’ll whip thee a rod. He is defiled That draws a sword on thee. (Act III, Scene Two, Lines 405 – 411)

Read the extract below and answer questions 41 to 45.

… seest thou this sweet sight? Her dotage now I do begin to pity; For meeting her of late behind the wood, Seeking sweet favours for this hateful fool, I did upbraid her, and fall out with her. For she his hairy temples then had rounded with coronet of fresh and fragrant flowers; (Act IV, scene One, Lines 42 -48)

Read the extract below and answer Questions 46 to 50

… Man is but an ass if he go about to expound this dream. Methought I was – there is no man can tell

what. Methought I was, and methought I had – but man is

but a patched fool, if he will offer to say what methought I

Question 1 (Account for the contribution of lawyer Nweze to the development of the plot.)

Question 2 (Compare Ada with Francis in the novel.)

Question 3: (How is Massa buried in the novel)

Question 4 (How does the expulsion of ‘aliens’ from Nigeria affect Nii in the novel?)

Question 5 (Examine the narrator’s experience with Kimbro in the novel.)

Question 6 (How does Ras represent the whiteman’s perceptions and treatment of blacks in the novel?)

Question 8 (What is the relationship between Cathy and Hareton?)

Next article Babcock University Notice to all 2022 Graduating Students

WAEC past questions and answers 2022 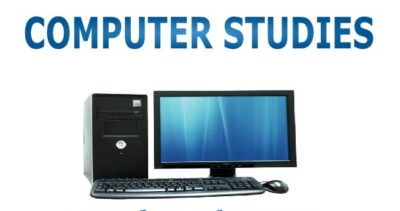