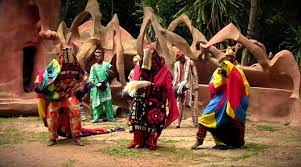 The origin of african dramatic practice we now call modern African drama whether as written text or in home-video format originated from traditional performances which include festival, ritual, dance, music, mime and story-telling. African scholars are unanimous in their assertion that African drama has its origin in orality. For clarification, “orality” is a generic caption which designates all senses of oral tradition. Uwem Affiah and Ndubuisi Osuagwu opine that “quite a generous amount of modern African drama is the secularization of traditional African ritual festivals and oral narratives”. In the same vein, Akintunde Akinyemi states that “one common feature of African modern literature, irrespective of its language of expression, is the significant presence of materials from oral tradition”. Nelson Fashina (2009) outlines three phases in his identification of the evolutionary phases in African dramatic literature: grove-rituals, village square and Western proscenium stage. According to him, the grove culture consists of rituals, festivals and other sacred religious occasions. The second stage, village square, marks the use of locally made aesthetic instruments to create spectacular dramatic displays. And the third stage, marks the crossbreeding of African and Western aesthetic idioms. These phases reinforces the notion that African dramatic practices evolved from oral tradition.

David Kerr and Stephen Chifunyise state that “any history of theatre in an African region must stumble against the conceptual boulder of indigenous performing arts”. The critics state that dances such as the Ngoma, a kind of healing ritual such as spirit possession, rainmaking, ancestral masquerades, first-fruit ceremonies, funerals, initiations and the installation of chiefs, served as the basis for the performance or dramatic art among the Bantu people in Southern Africa. One of such ritual performances is the Gule wa Mkulu performed by the Nyau, an all-male cult found among the Chewa and Manganja people. These performances were done with masks of anthropomorphic and zoomorphic characters, representing ancestral and sacred spirits. Kerr and Chifunyise report that: “The dancing together of zoomorphic and anthropomorphic incarnations of spirits represents a belief in a prehistoric, prelapsarian golden age in which spirits, humans and animals lived in harmony before human beings committed the original sin of inventing fire, which caused the animals to stampede and God to flee to heaven”.

Apart from masquerade performances which may have been the central aspect of initiation in Ngoma, there were some other performances which contained dramatic elements. An example cited by Kerr and Chifunyise is found among the Tswana people, who had a male initiation ceremony, Bogwera, and a female version, Bojale. In Bogwera, the arts of warfare and hunting were done through a type of dance mime and in Bojale, through songs, dance, mimes, and dramatic sketches, females are instructed on sexuality and social etiquette.

M.J.C Echeruo also traces the origin of African dramatic practices to African indigenous rituals and festivals performed in shrines and market squares. Although he expresses reservation about African rituals and festivals being described as drama because their mythos are suppressed, yet he states that an elaboration of the hidden myth in Igbo festival can qualify it as drama. An example of festival drama cited by Echeruo is the Odo festival which celebrates the return of a lost or wandering hero, god or kinsman. The festival has five structural divisions: preparation, welcome and return, communion, dedication, and departure and blessing. The festival portrays the movement of the Odo from groves through homesteads, village square, and back to the grove. Ikechukwu Okodo cites the Igbo mmau display (masquerades such as Ijele, kwunechenyi, Agboghommo), wrestling competitions, hunting performances, outing ceremonies etc., as types of Igbo drama. He therefore submits that these aspects are drama in their own right because they are re-enactment of events that took place in the past and are performed periodically. Similarly, J.P Clark opines that just as it is believed that the roots of European drama go back to the “Egyptian Osiris and the Greek Dionysus so are the origins of Nigerian drama likely to be found in the early religious and magical ceremonies and festivals of the Yoruba, the egwugwu and the mmo masques of the Ibo, and the owu and oru water masquerades of the Ijaw….”

Next article PERCEPTION OF THE WORLD IN THINGS FALL APART 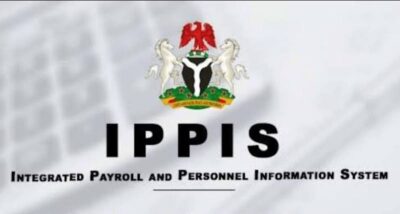 October 13, 2021
There are no comments yet No comments